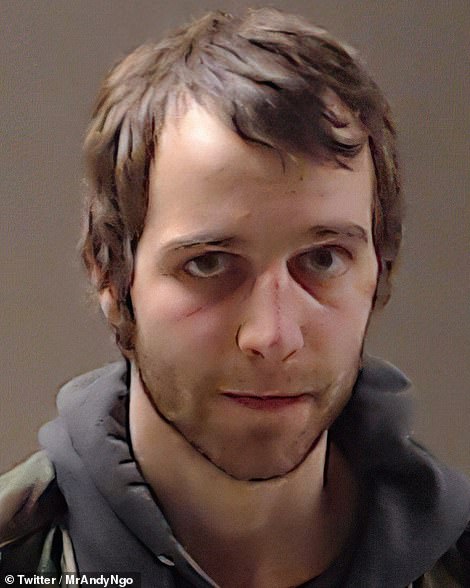 An Antifa ‘domestic terrorist’ is the son of a millionaire Maine surgeon who grew up in a stunning mansion in one of the most luxurious beach towns on the east coast, DailyMail.com can reveal.

Francis ‘Frankie’ Carroll, 22, was one of five people arrested on Tuesday at the autonomous zone at the site of the future Atlanta Public Safety Training Centre.

Carroll is the son of surgeon Dr Mike Carroll and grew up in a $2million five-bedroom and four-bathroom mansion in Kennebunkport – as well as enjoying time on his parents’ yacht.

His father works at Maine Health County Medical Center as a general surgeon, and his mother is a keen sailor - along with one of his two sisters.

A 2016 picture shows a man resembling Carroll on board the boat, called Allez, although the sailor’s identity is unclear.

He grew up just a stone’s throw from the famous Bush family compound - where George H. W. Bush spent his summer.

Since June 2021 far-left extremists have traveled to the location to prevent what they call a ‘cop city’ – with Carroll traveling more than 1,3000 miles to get to the violent zone.