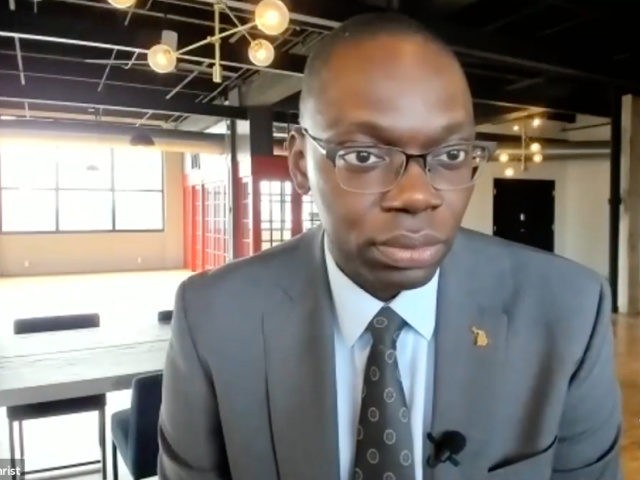 Republicans in Michigan recently proposed the idea of a petition drive to force a legislature to vote on a series of election reforms designed to increase ballot security. If a sufficient number of signatures are obtained, a legislative vote would be held, and if the measure passes, it becomes law without the governor’s signature.

Gilchrist claimed that he asked by an attendee at Gethsemane Missionary Baptist Church in Westland what the state could do “to not become another Georgia,” an apparent reference to election reforms recently enacted there.

“And that is happening at a level that it hasn’t happened in a really ever, actually,” Gilchrist declared, “in this past presidential election and they’re so scared they decided, you know, you don’t y’all to vote any more and so we want to make it more difficult for people who look like you to do so.”

Gilchrist told church goers if the legislatures passes election reform bills, “We will not let it come into law.”

He said he expects Republicans to play “games” to “try to get around that power that the people of Michigan gave us and we’re prepared to respond to that.”

The Michigan Constitution affords citizens “the power to propose laws” by initiative:

The measure is not subject to a governor’s approval or veto.

“If that legislation is not passed by our Legislature, which I am sure it will be, but if it’s not signed by the governor, then we have other plans to make sure that it becomes law before 2022,” party chairman Ron Weiser told a local Republican group.

“That plan includes taking that legislation and getting the signatures necessary for a legislative initiative so it can become law without Gretchen Whitmer’s signature.”

Kyle Olson is a reporter for Breitbart News. He is also host of “The Kyle Olson Show,” syndicated on Michigan radio stations on Saturdays–download full podcast episodes. Follow him on Parler.

First Previous of 4 Next
This reply was deleted.