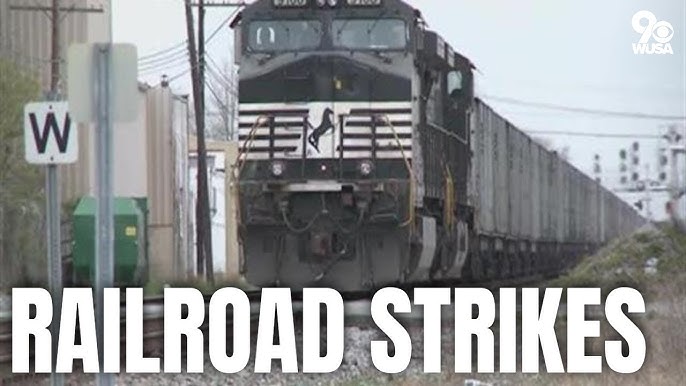 One of the country's largest rail unions has rejected a White House proposal, increasing the likelihood of a crippling strike just before the holidays.

SMART Transportation Division, which represents 36,000 of the country's rail workers, rejected the deal on Monday morning in an ongoing dispute over sickness and attendance policies.

BLET, the Brotherhood of Locomotive Engineers and Trainmen, has 24,000 members and voted to ratify the deal but said it would join the picket line with SMART if they continue to refuse the new terms.

'We stood shoulder to shoulder with our brothers and sisters in SMART-TD and others in rail labor throughout this process and we will continue to stand in solidarity with them as we approach the finish line in this round of negotiation,' Union President Dennis Pierce said.

Combined, it means 57,000 workers would walk on December 6. That accounts for over half of the country's rail workers.

The deal affects workers at three of the country's rail carriers - BNSF, Union Pacific and CSX.