This is a significant dose of sunlight that aligns with everything known about how the RNC Corporation operates.  Additionally, given what we have witnessed coming from the history of the RNC operation, the claim tracks. 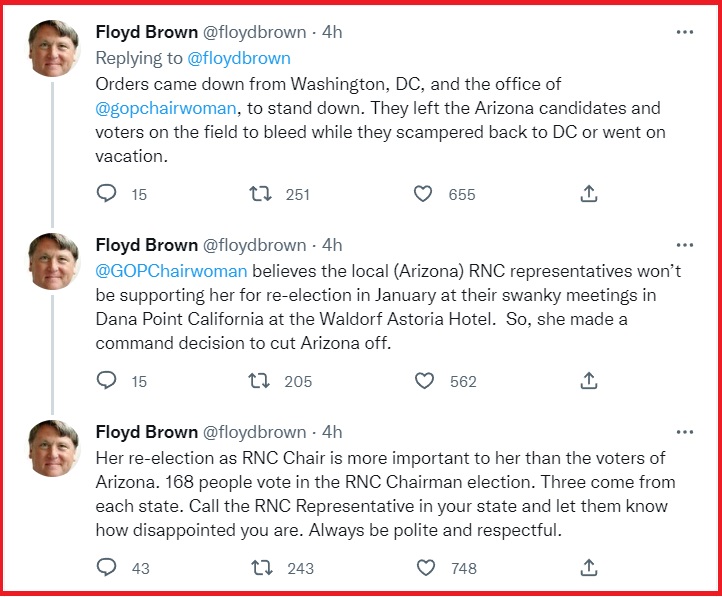 History does show that Ronna McDaniel cares more about her Wall Street donor appointed position in the corporation, than she does about election outcomes that would be against the interest of those same Wall Street donors.  So, this claim makes sense in multiple ways.