0
Our Forefathers knew beyond a shadow of a doubt, "The Power To Tax is The Power To Destroy". the average American will soon feel the weight of that taxation boot on their necks.
The first to feel it will be the Conservatives who have opposed the hidden masters agendas from the start.
Next in line for the oppression will be the loyal Americans who still cling to the faded dream that a benign citizen controlled government will still  be salvageable from the ashes the Democrats and their Liberal minions have created in what once was a proud Self Governed Nation.
The current entire middle class will be relegated to become the vast majority poor/slave working class, who have no actual say in what is happening, but retain the fiction of a vote in it.
We were constantly warned but ignored the warnings of the last hundred years to pursue hedonistic pleasures, or simply fell prey to the lie put out in so many ways that "It Can't Happen Here". or "I'm From the Government, And I'm Here To Help".
So very many of us still refuse to see the writing on the wall about the coup that took over the United States of America. We sit and argue about how to stop the criminal politicians and corrupted media. When one of us comes up with a viable plan to reverse the situation, others gang up on them telling them how it won't work instead of trying to do it and see if it does. Yes my fellow travelers on the foundering ship of destiny, we have been destroyed from within. United we would have stood a chance of stopping this 70 years ago. Instead that generation who spilled their sacred blood to end such tyranny in other nations, came home and being exhausted by war and the chicanery of those hidden masters sat back thinking everything would be moving forward without problems to a golden future.
We can look  back over the last hundred or so years, and see every mistake we the people allowed to happen, supposedly "For the greater good of the people". Similar to the Frog who is thrown in a pot of cold water and has the heat so gradually increased will stay in that water until it cooks to death. This is exactly what has been, and still is, happening to us politically. The current iteration of the dictatorial politics has it's roots when Mayer Amschel Rothschild created the Dynasty in the 18th Century in Frankfort Germany. 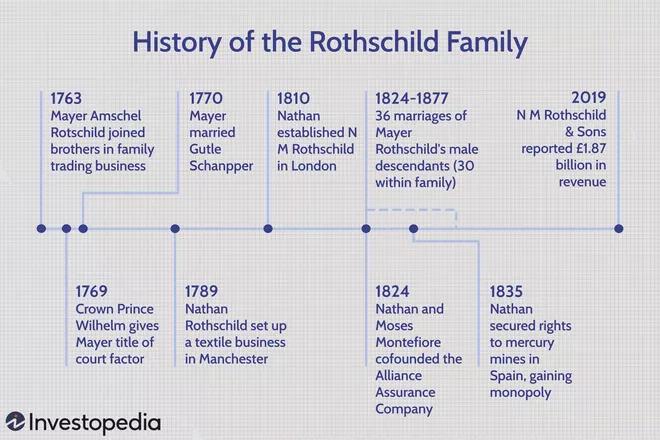 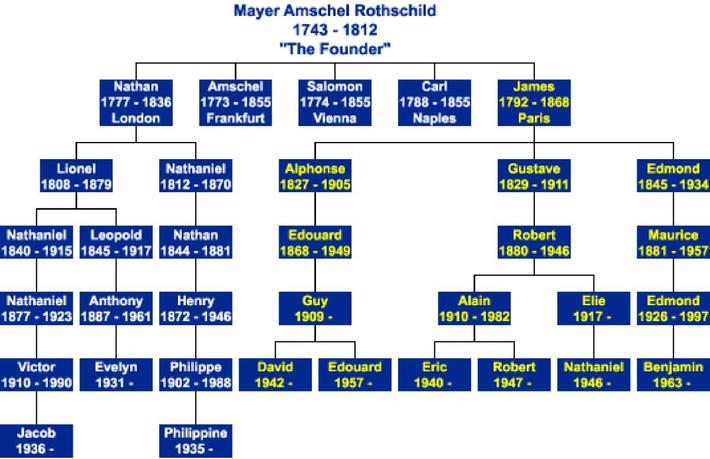 Mayer also understood it did not matter who was the political head of any government who had the power, it was the ones who controlled the money who decided what was going to happen. It is in that arena we will find the heretofore hidden agents controlling world politics.
If we go back to the First National Bank authorized by George Washington in 1791, and that decision was highly influenced by Alexander Hamilton. about 70 % of the funds for that bank were from foreign sources and Britain was the primary source of capital for this era.  Since the British Banks were heavily dominated by Rothschilds you could say the Rothschilds had the substantial stake in the First National Bank. In 1811 the banks charter came up for renewal and was narrowly defeated. Strangely enough the war of 1812 started. Many conspiracy theorists imply that Nathan Rothschild was a real factor combined with other factors which instigated it. In that same year Moses Taylor who is suspected of being a Rothschild agent, founded the National City Bank of New York, which today is Citibank.
From 1812 to 1815 resulted a National Debt of $74 Million dollars. With the US desperate for cash, James Madison authorized the creation of the Second National Bank. foreign invertors and Rothschild dominated this bank too. Effectively between the Napoleonic and 1812 wars Rothschilds bankrolled both sides and collected the profits regardless of who won. The Rothschilds went on to perfect strategy of lending to each side of conflicts up to today. 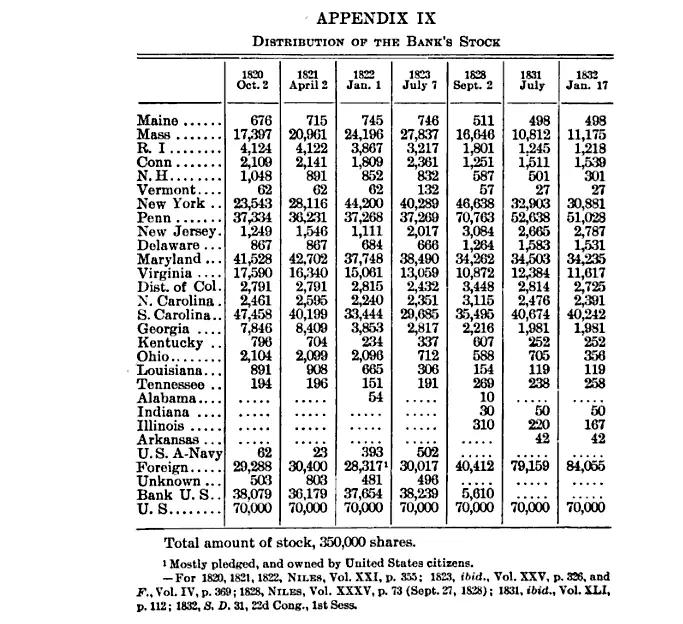 I would say we have found one of the hidden in plain sight overlords of the coup against America.
Next we come to the visible head and creator of the WEF, Architect of the "Great Reset" and Globalist. Klaus Schwab. Don't forget he was taught and heavily influenced by Henry Kissinger who Schwab said was one of 3-4 people who most influenced his life.
People like Schwab, Soros, Trudeau, Gates, Obama, et.al. are also part and parcel guiding and controlling forces behind the destruction of Western Civilization, so they can issue in their "Great Reset" where they totally control everything including how the population thinks. In my opinion.
This article started with taxation and will end with this; The Fed's enforcement arm is the IRS. The IRS has a Carte Blanche in it's dealings a with and access to the publics personal information. It is also a weaponized tool to control through financial terror the business of every American, and American corporation. Think what an additional 87,000 IRS agents will mean to America when under Democrat/Globalist/WEF/NWO control. Can you think of a more restrictive system of maintaining a stranglehold on power?
Make your own connections on what is happening and by who. This is why we must unite right now and go on the political attack. By 2024 it will be too late to do anything but submit or die. Again, my opinion.
Comment by Oren Long;
Your entire post can be summed up in one word, MONEY!
He who controls the money controls the world.  It's always been that way and isn't going to change anytime soon.
In that vein (at least on paper), We The People, through Congress, control government via the power of the purse.  The problem is getting Congress to wield that power.
We all know the federal government is bloated beyond description!  There are literally hundreds (perhaps thousands) of government agencies that provide little or no real service of any value to the people.  Yet no politician (except Trump) will even talk about it.  Oh, they occasionally flap their gums, but never take or even propose any action.
If Congress and the president really wanted to cut government down to size and get it back under control, the 16th Amendment should be repealed and make the IRS go "poof".  It'll never happen!  Politicians and the Deep State are too vested in their own power and self-aggrandizement.  The old saw, "Take away the money and take away the power" comes to mind and is exactly why the IRS is here to stay.
Without the 16th Amendment (or at least imposing a MINIMAL flat tax) freedom could be restored and the economy would explode into prosperity.
The second best thing that could happen would be to eliminate Civil Service.  I'm dead serious!  Without Civil Service, all those millions of life-time, career, self-serving government civil servants would be rolled over with every administration change.
When I was young, a government job was considered little more than temporary until you could find a real job.  Now, government employment is what people actually strive for.  It is upside down.
The third best thing would be a ONE-TERM limit on Congress, thus returning it to a Peoples' and States' Congress.  It'll never happen!  Congress has become little more than a glorified 'Civil Service' entity.
None of the above will ever happen -- EVER!
Thomas Jefferson said something to the effect that he feared a time when there was NOT a rebellion every twenty years or so.  That time came long ago.
Government, like war, has taken on a life of its own.  So have Civil Service and the IRS.  Government has literally become the enemy of the People -- AND FREEDOM -- and they know it.  Why do you think they are so Hell-bent on taking the guns away?  The People are restless.
Oren