0
I admittedly am an adherent of the Traditional Values that once served to make America the strongest bastion against dictatorial regimes around the world, and even sacrificed it's young men to gain freedom for the downtrodden.
It was the Left, through the Democrats political correctness and laws, that the Moral values of the Ten Commandments, which connect us with God and with each other in mutually beneficial life styles, was deliberately torn asunder, to be replaced with basically the opposite value system.
Due to self centered hedonistic complacence and a half century or more of subtle brainwashing, America has taken on the mantle of a corrupt Oligarchy comparable to the old autocracy of the now defunct Soviet Union.
All this is happening under the guise of a 'Democracy'.
The Democratic Socialists of the Democrat Party have turned a Constitutional Republic into nothing less than a National Socialist 'Democracy', a democracy controlled as are all dictatorships, by a small group of Autocrat Oligarchs. These oligarchs are the elite billionaires who must kowtow to their own financial overlords.
Never lose sight of the fact that Mayer Amschel Bauer Rothschild was thought to be the originator of this quote; "Give me control of a nation's money and I care not who makes it's laws." A scion of Mayer Rothschild, Nathan Meyer Rothschild, said: "Who controls the issuance of money controls the government!". This seems to be true since the Rothschilds have been financing wars and controlling nations since Napoleon's time if that premise is correct.
Follow the money.
See the Corruption.
None less than William Pitt made this statement: "Let the American people go into their debt-funding schemes and banking systems, and from that hour their boasted independence will be a mere phantom." He realized the maxim that the Rothschilds laid down as fundamental: "Let us control the money of a country and we care not who makes its laws. Seems we are at that place right now where the Biden administration is planning to change the money system to digital, to control everyone's finances with the touch of a button. The administration does not even pay a passing consideration to Constitutional Law. Americans can't seem to get their heads around just how dire a threat to our lives this is. 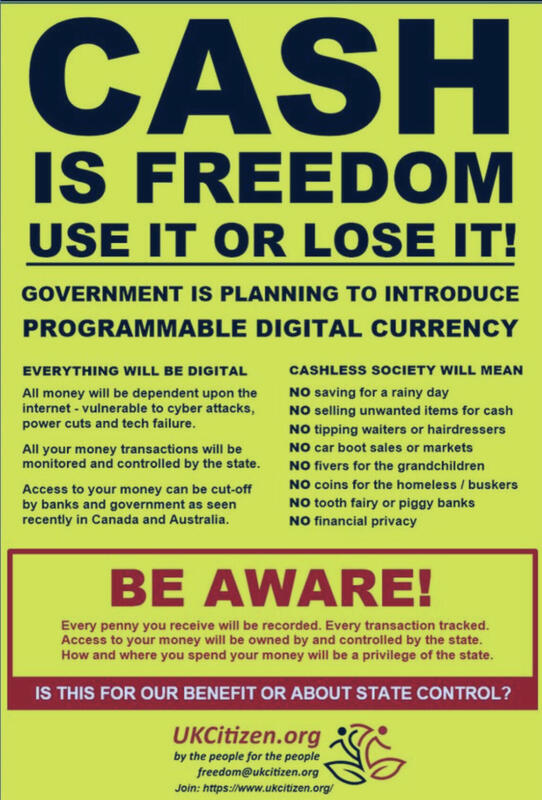 By creating new digital money, the government can devalue or increase the value of money existing in circulation. In simple fact there will be no currency to circulate. When that happens, just as in the past like the FDR administration, the value of "money" will decline. You will not be legally able to use Gold or Silver to purchase anything. In fact you won't be able to purchase anything without your Digital Currency account. Kinda like the warning in Revelation about having the mark of the beast to purchase anything. It will lower the buying power of those forced to use it and have no control over the ability to safely save it up like we can do with physical currency.
The Government in turn can use any amount of digital currency to purchase assets on the free market, making the free market a controlled market, a controlled market does not react to supply and demand. A controlled market says; you are allowed only this, you will pay this much for it, so take it or leave it, we don't care. Any competition with the wishes of the ruling Oligarchs will not be allowed, and competition will end with the populace in thrall to whatever living conditions the oligarchs decide. It actually gives the oligarchs dominion over the life and death of their populace at the oligarchs whims. It is a return to the old "Divine Rights of Kings" prior to the Magna Charta and erases all the freedoms which stemmed from it to the present.
Assuming the Greed for money and power is a fact with the Elites, you can see their ongoing desire to "Make us safer by confiscating civilian firearms," is only self serving claptrap used to prevent an armed revolution and reduce any threats against them, when they impose their rule on us. That and the revamping of our finances with digital currency.
We can only do that by removing liberal and left leaning politicians from power, then get our national house in order by relegating the importance of the current excesses to the point where they represent their actual percentage of the population. No more no less.
The Tradesman