FOR IMMEDIATE PRESS RELEASE:
as seen on  http://codyjudy.blogspot.com/2012/08/crj-letter-to-andrea-shea-king-radio.html
(PICTURES ON BLOG SITE)
CRJ letter to Andrea Shea King Radio Patriot - Dave & America fighting to live to election
Hi Andrea Shea King- Radio Patriot;
I just wanted to thank you for your terrific job and to personally express my concern and warm wishes to Dave.
It's been a year now since my own Mom was diagnosed with a 4th stage lymphoma with only days to live as the calcium levels of her bone marrow entered her blood stream and headed straight to nearly collapse her memory and sanity entirely. At 74 the Doctors didn't know what her state was before the cancer had taken its' tole, but I did. She was vibrant and active and clear headed, nothing compared to the women who lay in the hospital with her outstretched arms searching for something that wasn't there and only mildly recognizing her own children. I was shopping for caskets when we opted against the wishes of her siblings to go ahead with a new cancer drug that was discovered here at the University of Utah which eradicated and hunted the B cancer cell.
Its been an interesting year as we went through 8 months of treatments, I picked her up traveling the 100 mile round trip every day for her 'Nupitgen ' shot and we prayed a lot that in her weakened condition she wouldn't catch a cold in the cold winter months here in Utah. Her progress was significant with a dream I'd had which convinced me we were doing the right thing for her and this is the path we should travel. The dream I had was of a big frying pan between my legs which I bent over and picked up with extreme effort. Each time I picked it up it was lighter. I thought when I woke up that we should not always discount answers to our prayers when we are indeed praying for them because we never know how God will do his work and we do know that often answers come from directions we had not thought of before, for God's intelligence is greater then ours as he is in Heaven and we on the Earth.
Chemo treatments are nothing less then the whole body being put in the frying pan.
Humility is in its simplest form of course an expression of prayer, admitting we don't know the answer or the way to go the same as a child would ask his Parent "where are we going?", even after you've told the child 10 times, 'We are going to Grandma's House to go swimming".
Grasping the answer is not as easy as grasping the reassurances and security of the answer after it actually happens.
My family has been blessed the last two months in the "Cancer Free" report coming back from the doctors which is very good news for us that we are indeed thankful for. My Mom would have been gone by now if we had not gone through with the treatment. Instead she now has colored the two inches of new thick hair that has come upon her crown. 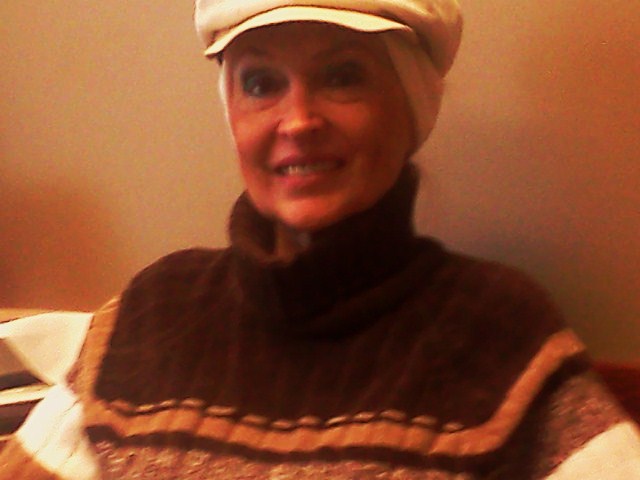 Dave is fighting a tremendous battle and I certainly do not know the outcome of his cancer or the number of his days,but I do know that in the power of Jesus Christ, in whose name I pray, answers can come and directions can be followed for success.
Often I think as Society becomes "open" with one eye, the other begins to close. We all know we can see better with both eyes wide open. As medical advances are made often the spiritual advances are closed. I am always impressed with a Doctors testimony who in a very difficult operation admits to his hands feeling guided in a close call with losing a patient. I love to read testimonies of inventors who have seen in a dream or the spiritual eye the idea that through their work became a reality seen with their physical eyes.
As you and Dave have been closely knit together in the political arena and I have followed you and even been on your radio show once in 2010 in my U.S. Senate Run, one thing we all share is hard work in upholding the Constitution's demands for a natural born citizen in the office of the President. What a tie that binds us and all patriots across the Country feeling the same.
You probably remember August 8th, 1974 was the date of the Nixon resignation speech, just two short months away from the general election. No doubt you know that with my press releases going to you that in my run for President I have finally received a case number in the United States Supreme Court Judy v. Obama case no. 12-5276 regarding Obama's eligibility to run as a qualified candidate, and I am running and challenging in the Democratic Party, something that has never before entered the court. Just as Nixon's case was not too late before the election neither is Obama's.
https://www.youtube.com/watch?v=lzXL7C0JQDM
The battle in the political arena I have often thought of as the battle my Mom fought in the battle against cancer. A battle that many Americans believe we've lost already. I hear all kinds of things like I did with my Mom, "The disease is too far progressed to cure", " Just let her die in peace", " The pain of chemo is not worth the chance the disease will win anyway" and the list goes on.
Well, I'm here with my Mom today when if I had caved to those voices I wouldn't be. She's living unassisted now and independent. She drives her car and I always say the sign of a healthy women is if she can go shopping by herself. She does and nothing makes me happier then to see her do it.
America might think the same way that many people, even some doctors felt about my Mom about Obama. He's done almost 4 years the disease is too far progressed to warrant chemo or a decision of justice with the Constitution as a standard. I know there might be some pain involved in a decision to remove Obama as President as the Constitution suggest in Amendment 14, Sect 3, as a "disability", but I believe if he is not removed as such America under the banner of the United States Constitution will not survive the powerful destruction and erosion of its principles.
For some reason a childhood song comes to my mind in light of how small I am. "Give said the little stream, give oh give, give oh give. I'm small I know but wherever I go the grass grows greener still." I believe as small as I am within the Democratic Party, and as small as our Constitution is to Obama, that my case will be heard, and our Constitution provides the necessary nutrients for a world dried up.
I  may not know all the answers to every question, but I do know they will come. I'm confident we will face some pain with Obama's removal, but I'm equally confident that America will survive it and be better off in the long run of the little stream called the Republic for which we stand.
I wish "Third Wave Dave" the best in his treatment which ever way he chooses, and pray for the Spirit of God to guide him in that decision. As I thought about how much voting means to Dave I thought gosh wouldn't it be nice if every American felt that way about voting and then I thought, wouldn't it be nice for me to be able to ask Dave for his vote because Obama was out and I was the Democratic Party nominee.
If the United States Supreme court hears my case, and decides in my favor I know Congress won't be far behind in calling for a vote for Obama's removal as a "Disability" and I know America will join hands across the Country in a revitalization of the standards of our Republic. Once we clean house within I'm sure there will be battles to face from without from those who were counting on the inside job working. We will have to fight those battles to, but we will do so together knowing we at least don't have our forefathers rolling in their graves and the future generations can resume the hope of America as a shining lighthouse on a hill set as a standard to guide the course of our ship away from the rocks threatening to cave our whole ship in.
God Bless you and Dave in your endeavors and pursuits and may God Bless America.
Sincerely,
Cody Robert Judy
The Cody Robert Judy for President 2012 U.S.C. Eligibility Campaign
www.codyjudy.us
From: radiopatriot@gmail.com
Date: Sun, 5 Aug 2012 10:24:33 -0400
Subject: Our patriot Dave fighting to live
To: radiopatriot@gmail.com

Our patriot Dave fighting to live

Deciding to undergo a bone marrow transplant is not an easy decision. My radio show producer Dave “ThirdWaveDave” Logan wrestled with it for months, weighing the options.  Should he continue with the chemo regimen he was on, taking the very expensive and experimental drug Tasigna?  A therapy to which his body likely would eventually develop an immunity? And if so, how long would it be before that happened?  His oncologist told him to expect a year, at most. Dave desperately wanted to be here to vote on November 6th. For him, it was imperative that he cast his ballot against Obama.
And if he opted for a transplant? Dave’s odds were 30 to 50% he’d live through the election.  (More)