A twofer post.  They are intertwined and I could not separate them so I took excerpts from both but have provided the links for the full articles.

First was By Steve Baldwin for the Western Center for Journalism

This should concern all Americans.  A nation-wide network of researchers has sprung up to attempt to fill in the blanks, but at every opportunity Obama’s high-priced lawyers have built walls around various records or simply made them disappear. It is estimated that Obama’s legal team has now spent well over $1.4 million dollars blocking access to documents every American should have access to. The question is why would he spend so much money to do this?

The president who campaigned for a more “open government” and “full disclosure” will not unseal his medical records, his school records, his birth records or his passport records. He will not release his Harvard records, his Columbia College records, or his Occidental College records—he will not even release his Columbia College thesis. All his legislative records from the Illinois State Senate are missing and he claims his scheduling records during those State Senate years are lost as well. In addition, no one can find his school records for the elite K-12 college prep school, Punahou School, he attended in Hawaii.

What is he hiding? Well, for starters, some of these records will shed light on his citizenship and birth. So, people - you just keep thinkin' it ain't possible that our gvt (or should I say the Marxists left in our gvt) have been planning for this INELIGIBLE FRAUD to be president for a looooong time. 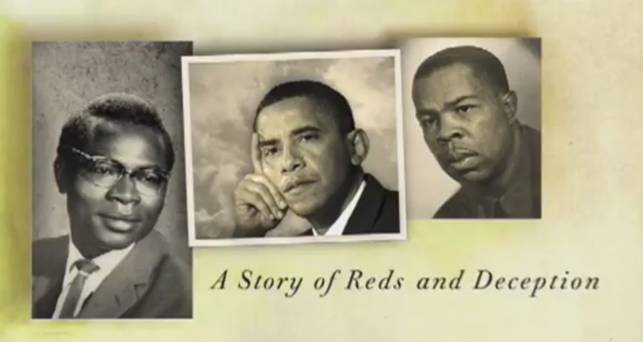 So compare these men – if you HAD to guess which he looks most like… yeah. I thought so. I posted this to my facebook for all my "in the dark" friends to keep your head in the sand… nothing to see here… ignorance is bliss, isn’t it? I wouldn’t know, because I am not ignoring the facts like many of you are in this country.

Honestly, I don't give a ratzass who is father is - I just know he is NOT ELIGIBLE to be our president. The constitutional crisis our esteemed leaders are in fear of isn't that this happened, but that they are too cowardly to CORRECT IT!