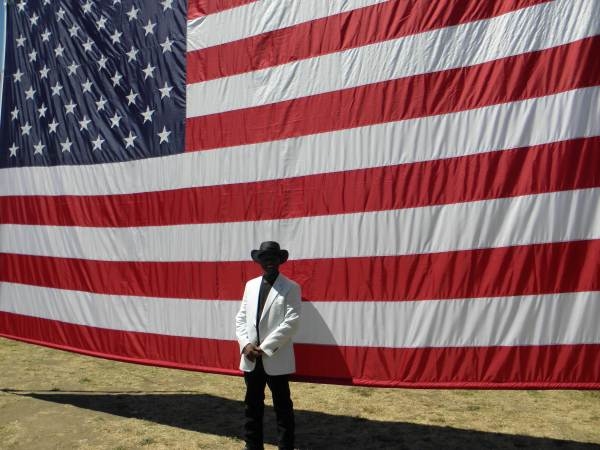 Sarah Palin inspired her typical extraordinary level of excitement and attendance at our Tea Party Express V national bus tour rally in Manchester, NH. I overheard a national reporter commenting to two of our staff members, “Yeah, Palin draws a crowd but they are all missing teeth.”

I was furious! I wanted to say, “How dare you? You arrogant jerk!” I held my tongue as a representative of Tea Party Express.

After attending over 200 tea parties on six national bus tours, I can assure you the majority of the attendees are extremely well informed, educated, articulate and patriotic Americans. They are not stupid rednecks as the reporter's comment implied. Unfortunately, the snobby reporter's view of the tea party is shared by the liberal Obama sycophant media.

At our Tea Party Express rally in Providence, RI, a former Marine and his adult son stood in the rain and wept along with others as I sang “God Bless the USA”. We embraced as brothers in our love for the greatest nation on the planet. Feeling the warmth which filled the air as I sang, I commented to the audience, “Does this feel like hate to you?”

And yet, the Congressional Black Caucus claimed these same Tea Party patriots desire to see me, a black man, “hung from a tree”.

So, the consensus of the left and liberal media is the Tea Party is white ignorant violent racists. Their strategic branding of the Tea Party is designed to justify the Obama administration's vitriolic language which include threats of violence.

Jimmy Hoffa referring to the Tea Party sent out his union thug clarion call to “take the sons of b***** out!” Decent hard working American Tea Party activists are now fearful for their lives.

My dad says while a snake can swim under water like a fish for a very long time, eventually it must come up for air because it is not a fish. It is a snake.

Obama pretends to be a president. But when pressured, the real Obama comes up for air revealing himself to be a community organizer; a rabble-rousing promoter of entitlements and class envy willfully dividing Americans along racial lines. Obama and his minions are evil.

We have seen Obama in numerous cowboy movies. Obama is the loud mouth guy standing on the steps of the jail-house yelling at the crowd. He works the crowd into a frenzy causing them to overrule the sheriff and the law, drag out the prisoner and hang him without a trial.

Since the beginning of his presidency, on numerous occasions, our community-organizer-in -chief has worked his minions into a frenzy to punish white police, banks, Wall Street, corporate CEOs, private jet owners, Arizonians, insurance companies, doctors, the rich, and anyone opposing Obamacare.

As testimony to the effectiveness of the Tea Party, Obama has instructed his minions, Congressional Black Caucus and unions to escalate their slander and level of vitriol which now includes threat of violence. The left has set aside September 17th as their National Day of Rage. Lord knows what evil they have scheduled. The left has created a violent hate-filled game titled, “Tea Party Zombies Must Die”. www.teapartyzombiesmustdie.com

Meanwhile, the liberal media appears tone deaf to the lies, hate, anger and violence coming from the left. When Obama instructed his minions to “push back twice as hard” against those who opposed Obamacare, black conservative Kenneth Gladney was beaten and sent to the emergency room by SEIU thugs. Clearly, Obama's new enforcers are misinformed flash mobs of black youths attacking whites across America.

And who does the liberal media promote as being ignorant, extreme and dangerous? The Tea Party.

Co-Chairman of The Campaign to Defeat Barack Obama.

Please help me spread my message by joining my Liberty Network.

Lloyd is singer/songwriter of the American Tea Party Anthem and author of Confessions of a Black Conservative, foreword by Michele Malkin