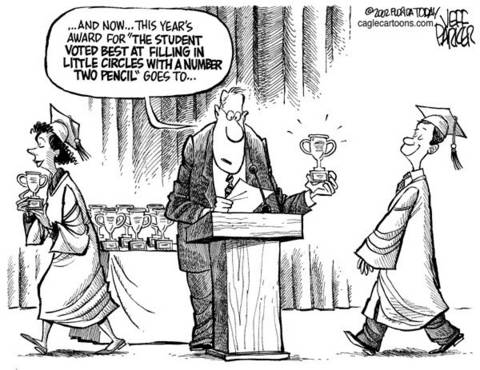 HOUSTON — Some of the least-qualified graduates of the University of Texas School of Law in recent years have high-level connections in the Legislature, which may explain how they got into the prestigious law school in the first place.

A months-long Watchdog.org analysis of political influence on the admissions process at UT Law found there’s some truth, after all, to the old line about who you know mattering more than what you know. We found dozens of Longhorns who don’t know enough to be lawyers but know somebody important in the Legislature.

Two of those mediocre students are legislators themselves.

Some have connections to the leadership circle of House Speaker Joe Straus, others to powerful state Sen. Judith Zaffirini, who’s already been caught three times trying to pull end runs around the admissions process.

Wallace Hall, a University of Texas regent, cited dozens of emails and letters that he obtained in a records review to support claims that some members of the Legislature abused their positions to influence admissions decisions.

Barely two weeks after Hall began his investigation of influence peddling last June, the Legislature launched proceedings to impeach him. The correspondence Hall saw has been kept from the public, as have the conclusions of an inquiry into favoritism conducted by Chancellor Francisco Cigarroa.

This Watchdog.org review of the record is meant to shine the available light on a process shrouded in secrecy by education privacy laws and by top school officials reluctant to embarrass powerful politicians, some of whom happen to be their friends.

Watchdog.org found a pattern of overlapping political influence and underwhelming performance on the bar exam. Any single one of the cases we describe could have an alternate explanation, such as personal problems that derailed studies.

Taken as a whole, however, they offer clear evidence that political influence is the reason dozens of students who are unable to pass the bar are getting into the state’s top law school.

Wherever it’s possible to tell this story without using the names of people who are one or two degrees removed from public life, we’ll do so, for reasons of privacy. We will provide a complete list of names to any university official interested in a review.

Until now, the most striking piece of evidence for the favoritism charge is the result of the February 2014 bar exam, published by the state Board of Law Examiners. UT is usually near the top of the list, with a passage rate for first time takers of about 95 percent. In February, UT’s 59 percent pass rate was dead last in Texas.

That could be a fluke. But we’ve found two dozen reasons to think it’s not.