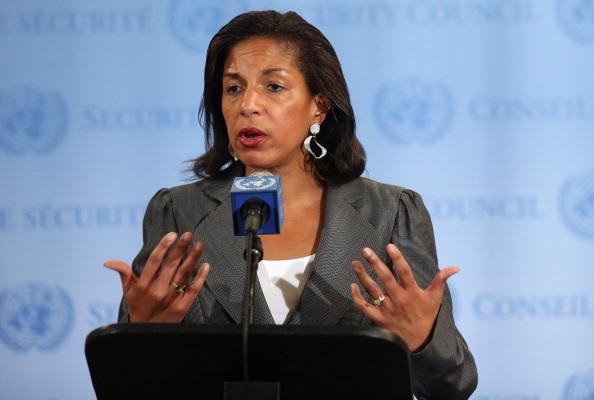 Out came the old tired and quite familiar race card.  “How dare these white senators and especially these white men attack this black woman!”  All one can say to these congressional women who sang this same familiar tune. Grow up!  This is not 1962, it is 2012.  Americans lives were lost and facts do matter!

Nearly 2 months ago, U.N. Ambassador Susan Rice appeared on 5 national news Sunday talk shows selling a lie which covered up the truth of the murders of four Americans at the Benghazi consulate in Libya.  The administration lies have taken on their own life, and on Thursday, November 15th the republican senators demanded answers.

Yes, it does matter that Ambassador Rice covered up the lie about a You Tube video being the reason for the attack on the Benghazi Consulate. The administration it knew to be a lie. It was a fiction that President Obama knew was a lie, and avoided telling the truth about.  It was a lie that Obama’s former CIA Director David Petraeus knew as a lie 24 hours after the deadly 9/11 attack.  Yet, Susan Rice never offered even a scintilla of evidence about an Al Qaeda attack being the reason for the assassination of Americans.

So why go back to the same card game with Americans.  Why the double racial standard?

Why do congresswomen like Cleveland, Ohio congresswoman Marcia Fudge, incoming chairman of the Congressional Black Caucus feel it is necessary to state, “ It’s a shame that whenever anything goes wrong they pick on women and minorities!”

The answer is clear.

The politics of racism practiced by liberals, by the president, and by white guilt ridden apologists is that they need America to continue to be divided.  They are now the true racists in an America that has moved on. This nation now has a president who is black.  Americans believe that job security, an approaching fiscal cliff and crushing debt is more important than finding imagined racist boogiemen hiding in America’s dark corners.

Susan Rice does not need to be defended on the basis of her race or on her gender.  Susan Rice as any other administration official that plays footloose with the facts concerning the deaths of Americans must be held accountable. There is no two-tier level of responsibility.  American does not have nor need a racial Affirmative Action type of imagined protection for minorities or for women.