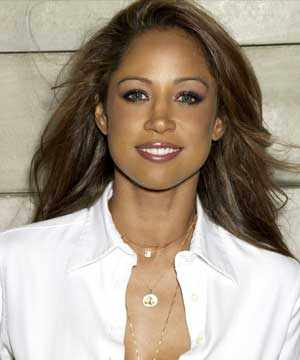 It was so refreshing to hear that black actress Stacey Dash is supporting Mitt Romney for president. I sent a tweet thanking Ms Dash for not allowing the brain dead racists on the Left to intimidate her.

I have about had it with the arrogant bullies on the Left. Who died and gave them authority to decide who is a racist? The Left believes they have the ultimate card to trump any and all opposition to their master plan to implement a Socialistic/Progressive anti-American agenda. We who love America have had it with the Left's, if-you-disapprove-of-the-direction-Obama-is-taking-our-country, you're a racist nonsense. The reality is anyone who votes for Barack Obama is stuck on stupid, a lazy loser or a racist.

These emotion driven idiot and loser Obama supporters can not tell me one Obama policy that has moved America “forward” in a positive way. A client of the recording studio at my arts center is a school teacher. She has an “Obama 2012” bumper sticker on her car.

Folks, I am a polite man, a gentleman. Thus, I would never say this to her face. But in my mind, I am saying, “You idiot! It is frightening that you are teaching our kids. Name one thing Obama has implemented that we need four more years of?” In typical liberal emotion driven brain dead fashion, this white woman thinks she is intellectually superior and sophisticated because she is voting for the victimized African-American. Gag me!

So when these arrogant racist idiots attempt to bully anyone who does not support keeping their black empty suit in the White House, it really gets my goat.

Stacey Dash, welcome to the right side, Sista. Folks, over here do not talk down to you, suggest that standards be lowered for you or treat you like an idiot who can not find her way to acquire a photo ID.