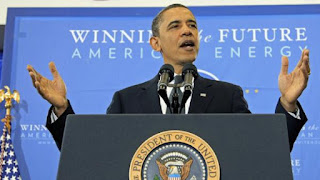 At the end of September, Marita Noon and I began to expose the various failures of Obama’s green-energy expenditures (mainly from the trillion dollar, 2009-stimulus package where over $90 billion was earmarked for "green") –– projects and firms that have gone bankrupt (confirming 15 with more on our radar). A hot topic that became part of the first presidential debate where after President Obama pressed Mitt Romney for supporting tax cuts for oil companies, Romney reminded Obama that he put $90 billion into failing green companies like Solyndra, Fisker, Tesla, and Ener1. “I had friend who said you don’t just pick the winners and losers, you pick the losers,” Romney cleverly added.

We then we moved on to those that are functioning, but facing difficulties –– struggling either financially, while some environmentally, still others laying off workers, and quite a few on life support (approximately 20).

Lastly, we addressed the "5 million green jobs that Candidate Obama had promised in 2008," of which Team Obama is now claiming victory, however, as we noted, the math doesn't add up, nor does the gimmick accounting –– recycled ones; those that already existed –– used by the Obama administration's Labor Department.

While in Marita's Townhall.com columns we placed an * after the project/company’s name to indicate a political connection (cronyism and corruption), in my subsequent blogs I expanded upon our efforts, and plugged in my research, listing those critical ties.

In our three-part series, two focused directly on the failures, and our sums were 15 bankruptcies and 20 troubled (a total of 35 with over 65% having meaningful Democrat political connections –– bundlers, donors, supporters, etc). Yet, considering the rapid speed of these "green" bankruptcies and issues (about 10 that I read about just last week), I'm compiling new totals here, which will include a new and updated list by the Heritage Foundation dated October 18, 2012 –– President Obama’s Taxpayer-Backed Green Energy Failures –– with their total of 36 (updated later with a number of 34). And most listed at The Heritage and ours are very similar, however, they have some we don't and vise versa.

New calculations: 22 bankrupt, 25 troubled, equals a new "Obama green-energy failure" list total of 47. And so far, at least $15 billion of "green" taxpayer money is either gone or still at risk, and the majority was funneled to Obama and Democrat cronies –– I can confirm that over 62% are political connected.

The is the complete list of faltering or bankrupt green-energy companies by The Heritage Foundation, October 18, 2012 (updated later to reflect 34)  –– President Obama’s Taxpayer-Backed Green Energy Failures

The complete list of faltering or bankrupt green-energy companies:

*Denotes companies that have filed for bankruptcy.

The following companies have been removed from the original list: AES’s subsidiary Eastern Energy, LSP Energy and Uni-Solar did not receive government-backed loans, based on additional research. The National Renewable Energy Lab did received $200 million in stimulus funding, but it is a government laboratory.

NOTE: My blog reflects the Heritage "corrections," however, I kept in AES and the National Energy Lab –– and we initially had four unconfirmed bankruptcies:

So far, at least $15 billion of "green" taxpayer money is either gone or still at risk, and the majority was funneled to Obama and Democrat cronies

As you can see tracking President Obama's failed green-energy expenditures is like aiming at a moving target, and calculating the exact dollar amount is even more difficult to pinpoint. This is partly due the fact that companies/projects received multiple green government subsidies that weren't recorded or tracked properly (federal and state loans, grants and special tax credits, and from various programs and agencies). Also, some of these firms were given a loan guarantee, yet didn't have access to the entire amount,  prior to their bankruptcy.  However, as a ballpark figure, I'd say that at least $15 billion that we know of at this time. And here's why...

Marita and I covered eleven companies from the DOE LGP (Solyndra, Abound Solar, Beacon Power, Fisker Auto, Telsa Motors, AREVA, BrightSource Energy, First Solar, Nevada Geothermal, NextEra Energy's Genesis Solar Project, and SunPower/NRG Energy's California Valley Solar Ranch), noting that from that program alone, close to $10 billion of taxpayer money is already gone, while, as you can see, some is still at risk. What's interesting to note is that of the "26 loan guarantees under the 1705 program, of which the DOE doled out in excess of $16 billion, “23 of the loans were rated “Junk grade” due to their poor credit quality, while the other four were rated BBB, which is at the lowest end of the 'investment' grade of categories.”

Meaning that the DOE had already put the majority of that $16 billion into excessively risky investments. And to add insult to taxpayer injury, the driving force behind these decisions weren't based merit as the DOE would have you believe –– obviously it was cronyism and corruption. My April 2012 analysis of the Committee on Oversight and Government Reform March 2012 report confirmed that over 90% have meaningful political ties to President Obama and high ranking Democrats, or both, which gives credence to Congressman Ryan's jab to the so-called "Stimulus Sheriff," Vice President Joe Biden during the VP debate, "$90 billion in green pork to campaign contributors and special interest groups." Ryan went on to call the Obama green-energy expenditures what it is, "crony capitalism and corporate welfare."

PS: If anyone cares to add up these failed green-energy expenditures, drop me a line and I'll post it on my blog. Thanks, Christine @calfit32@gmail.com; THE Green Corruption blogger.