I asked for ideas.......and came up with one myself

The Internet is Great.

But like most “why didn’t I think of that” it didn’t just “pop”.

This idea had help from an internet blog. I replied, but the idea would not leave

So, the Balanced Budget Act of 2013 bill is being sent to my politicians…FAT chance THEY will do  anything with it.

This is DRAFT #1. Do you have any suggestions to improve it?

Well, I guess I gave toooooo much latitude to our DC dudes. WE NEED a budget  target else we can have an impossible to execute balanced budget ( at unachievable revenues).

So, what should the target be? Firstly it is agreed that the level should be expressed as a % of GDP. After that the figures range from 20% to 30% and even as high as 40%. Most all reflect needed changes in Federal Policy; changes to entitlement programs ( reductions).

One thing IS clear. Federal Policy changes ARE needed, or we will collapse. True, they have to recognize the impact of a different America.  However, they also have to admit that past policies were unwise and address reductions in entitlements.

Here are two charts that illustrate the underlying thought.

i.      IF you choose to do nothing about the abuses as (exemplified by Jason Greenslate) are you willing to personally pay his ( and his cohorts) benefits? 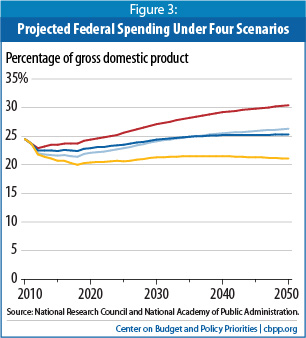 Every Investment Banking professional including myself look upon Lew's nomination with little less than despair. Not really for our personal wealth, as we can as easily operate from London and Singapore as NY or LA, but for the average working American. Already the effects of Obama's amateur and ideology led economic management is beginning to bite. (4th Quarter GDP Estimate Reduced to .8% from 1.5%).

What does the Lew appointment mean to the average American? In my professional opinion, two major problems. An almost certain further downgrade by S&P and Moody's probably in Q1 13 will deliver higher interest rates. That means every Credit Card, Mortgage or Loan will become more expensive. The second point is more direct and will hit the middle class with a double whammy, the long term effects on manufacturing and large scale employers of Obama Care and increased payroll tax will be felt. I expect certain initial indicators to flag deeper problems. Already, Amex has decided to shed 5,500 jobs. I expect other Finance Houses to follow suit as they outsource to London or other destinations with more corporate friendly administrations. Manufacturing already burdened by the Unions and Obama's leftist led FMCS will once again to look to globalization to reduce costs. Don't blame the company as will the Democrats and Obama, blame academic theory meeting objective reality.

Basic concept; If company A with US Costs can make and sell a widget for $3.30 and company B (in India or China) without Obamacare and unionized costs makes and sells the same widget for $0.50 even the most patriotic organization will go with B.

In November, Obama lied, cheated and enabled by a barely competent MSM deceived the electorate. I will only make the 2% pay more. Well we had already globalized our portfolios Mr President. Now we see the first hike on the middle class, a payroll tax increase of around $100-200 per pay check. As Obama ramps up his spending as he only sees ideological value rather than fiscal. Basic economics say, the revenue to fulfil his grand schemes cannot come from the 2% even at 100% tax. It has to come from the 47% of working Americans. Now with a sycophant like Lew as Treasury Secretary, Obama's stupidity, lack of empathy and downright narcissism will have no voice of reason. Spend, Spend, Spend will lead to a tank in the dollar. S&P analysts will have conniption fits over the worsening debt ratio and economic indicators. I project by Q1 2014, if Obama is not stopped by the GOP House, our S&P rating will be A+. (Good is AAA BTW, as we used to be) Our bonds and debt (TBonds) will have to yield anything up to the Spain and Portugalesque 6% which will knock on to a 6 -11% jump in your personal interest payments.

What really becomes a problem at that point is what economists call “Confidence”. When confidence fails in an economy buying ceases, investment halts and people don't trust anything. Banks fail, corporations saddled with debt and increasing labor costs close or relocate and USA Inc goes bankrupt.

Obama is a rank amateur that's too stupid and too arrogant to know his own limitations and seek competent help to mitigate the deficiency. We need our GOP leadership to change and replace Speaker Boehner with a competent and strong leader who will resist and slow the Obama disaster.  In effect save America from Obama and his foolish and childlike policies.

The oil spill has taken all the press as of late. It's a crime that with all our technology and trillion-dollar navy,

this country can deal with an oil leak a mile below the water. That part of the world is a place of historical

importance and true American beauty. How can it be worse to drill for oil above ground in an isolated area in Alaska?

All of these issues are important, but what's going to really hurt the economy isn't an oil leak. 100% debt vs GDP in 2015 may sound like an up important issue. Imagine for a moment you made $50,000 each year. Each year you borrowed $50,000 dollars. Your justification is that you need the money to increase you salary in the coming years.

In the past couple of weeks, I've been finding articles, mostly from Europe, on America looming debt/deficit crisis. Our oversees friends seem more involved in our financial well being than we do. Our media really is just a reflection of what America is interesting in watching and reading at a particular part of time.

Thus, the fiscal crisis doesn't have a live camera showing plumes of oil leaking into the gulf or dead birds washing up in thick crude oil. If you following the debt crisis as i have for the past year, the money begin spent and borrowed would amount to 50 oil leaks in every ocean and sea around the world.

Imagine for a moment a Satellite photo of earth. In one small area of the Gulf of Mexico, there's a black area of oil about the size of Connecticut - a horrible image for a beautiful part of the world. Then imagine that a country's debt could be visualized with red ink flowing across the land based on that country's debt. A country with 100% debt vs GDP would result in red ink flowing across 100% of that country's land.

The satellite image would show that almost all the land in the entire world would be covered in 100% red. Not only would most countries be red, they'd be dark red because their debt is beyond 100% GDP vs. Debt. The photo would show a world with blue water, except in one tiny blackened area of Gulf, with red inked land almost everywhere.