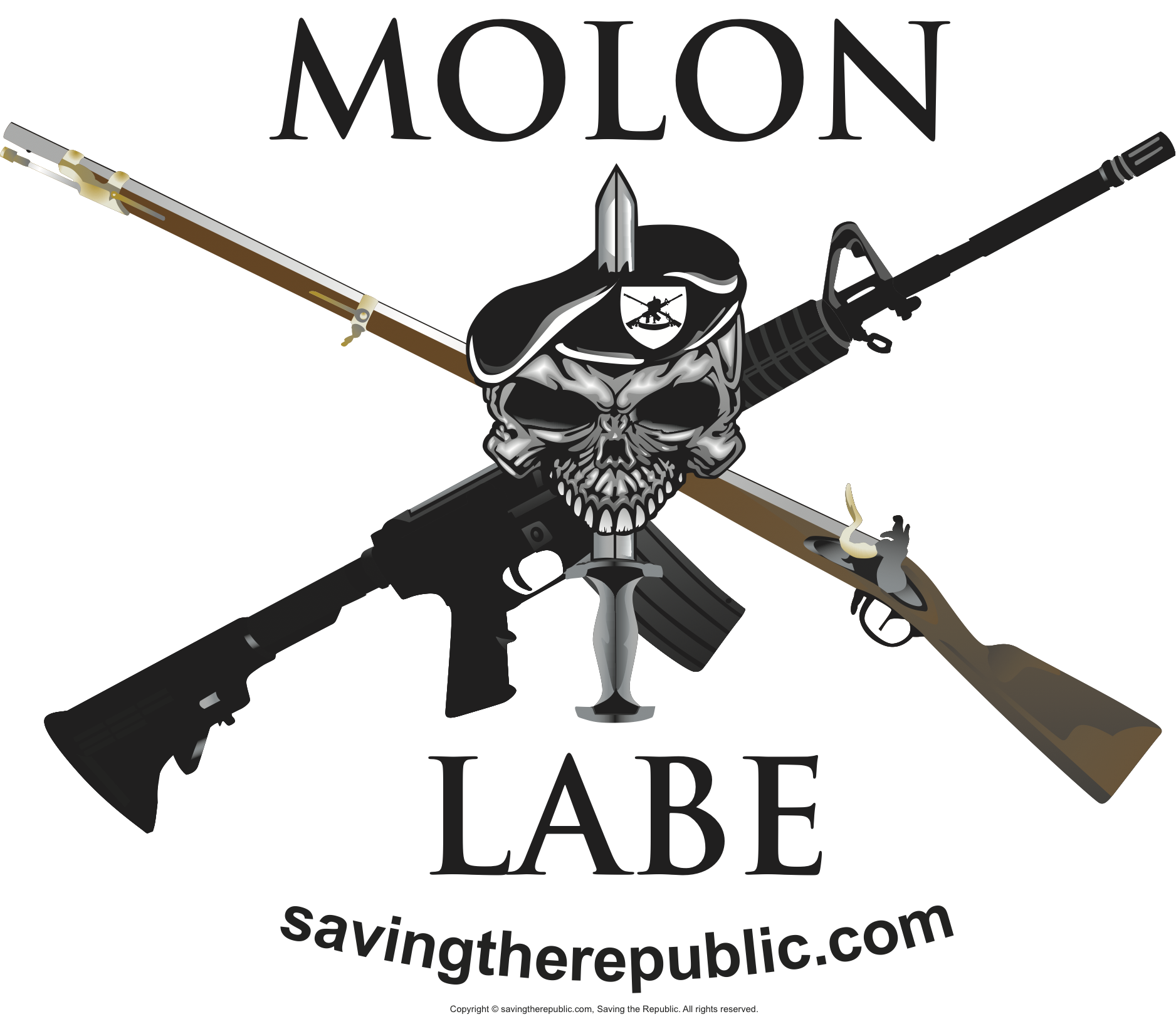 The motto MOLON LABE (come and take them) can be seen from state to state. Militias have grown by at least eight times their size since 9/11. The writing has been on the wall for years, the people of America have awakened. A spark is all it would take to ignite the next American Revolution.

The government has languished in their corruption without fear of reprisal as far back as the Clinton administration (probably farther), when the White Water scandal threatened to ruin our standing President and his wife, any potential witness either disappeared or found themselves the victim of an untimely death. Since then, our government has only become bigger and more oppressive, due largely in part to the ratification of the Patriot Act.

The citizens of America have had their rights not only limited, but potentially changed, a Supreme Court ruling recently has decide to revise the term ‘Right’ to ‘Privilege’ in a landmark case on 2nd Amendment Rights. This decision could alter all of our rights to privileges.  The founding Fathers explained that we were given these rights from God, not man, and no man can take them from us.

As this is being written, there is a potentially explosive scenario playing out in a little town in Southern Nevada. The Bureau of Land Management has taken on rancher Cliven Bundy over his cattle free grazing on Federal land without paying a grazing fee. The Bundy family has owned that land since 1887 and has always free grazed their cattle there.

Violence has erupted over the past week, and now there are over 200 armed federal agents surrounding the Bundy Ranch. However, this will not be another Ruby Ridge, militia men and others from at least 6 states have joined the Bundy family to help keep the peace. So far, no  shots have been fired.

More likely, the spark that will ignite the next revolution will take place in mid-May, Retired US Army Col. Harry G. Riley, who runs the Patriots for America website, has organized a rally in Washington D.C. called ‘Operation American Spring.’ Col. Riley ultimately hopes that millions of American Patriots, including prior military and militia men will stop the government from operating business as usual politics, and will demand the resignation of a number of our top politicians, including the President, Vice-President, and Senate Majority Leader Harry Reid. Col. Riley has the support of Retired Maj. Gen. Paul Vallely, who has also called on millions of Americans to “stand up” to a government that is “conducting treason and violating the Constitution.”

Revolution is inevitable; we the people must stand up for our rights and protect the Constitution. Without this we will lose our freedoms and become nothing more than slaves. Are you ready?