The Obama's are both liars and both are not true Americans. They stand for Law Breakers, Period! The Obama's will go down in History as Brainless Thugs with no real purpose in the real World. Obama had the chance to be one of the best Presidents and made everyone believe his white side. If you all remember right WHEN he campaigned for the Presidency he made sure everyone knew he was half white. Now that he is President he has not brought up he's half white anymore and chose to lead America with his Uneducated Racial Black side. The only reason I say this is when all the scandals where piling up he got Sharpton and Holder together and decided to play the Ferguson Race card Nationwide to take the pressure of his lies and scandals off his back and what better way to do it then play the old Race Card Trick. I'm really surprised the American public haven't figured out his Bullsh_t yet again. Who's the real Racist here ? Americans are thinking he's a smart Man. He will never ever be a real man. A President that
loves his Country will bring Americans together and all he has completed is to divide us to keep our eye's off the real problem that he is a failure as a man and a President. Even Martin Luther King Jr. would go for Impeachment. Martin Luther King Jr. summed it up with a Quote that even the Obama's, Holder and Sharpton can't escape. Obama is a professional liar and we all know that's a fact. A liar never changes it's spots, he just changes the lies. It makes him feel like a man. Do we all get it yet ? Forget about Obama being President for a moment, he is a failure as a man. A real man will admit when he is wrong and not only try to make it right, he will make it Right. Now we can go back to Obama being President. Figure it out yet ? A President of all People should have Great Character. It's to bad his Character that sticks out is lying. Definition of Character: The combination of qualities or features that distinguishes one person, in his case lying. He's in the Christmas spirit though, it's the lies that keep giving to non Americans. Merry Christmas America, you idiots should be proud.

Contact your Senator's and your Congressman/woman and tell them NO on Funding Executive Amnesty. Click on your State and get all Washington Phone Numbers and Emails to your State Senator's and all your State Congressman/woman. Please Contact them for your Families Future. American Lives, American Jobs and America's Future Depends on Americans taking action against Emperor Obama and his disregard for our Constitution and the Laws of the United States of America. He has proven to all Americans and the World that he's not a Man that should be sitting in the Chair over looking the World. Obama's motto is "Fake it till you make it". He didn't make it folks, He is the last person in the World that should be sitting in the White House. Obama has made a Fool of all of us long enough. It's time to Act and make your Voice Heard ! 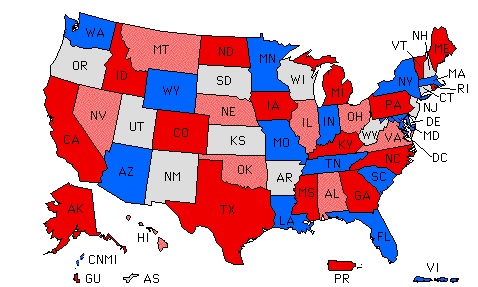