I copied this stunning selection below, from a larger post on AR-15.com; and I want to give full credit and attribution to the website and their writers. It boggles my mind, that highly experienced former elected officials and bureaucrats, who are currently running for President and Vice-President of the United States, can allow themselves to be so ignorant and clueless regarding one of their TOP AGENDA ISSUES ... Guns, Gun Control and Gun Confiscation. On occasion "Ignorance is Bliss"; BUT NOT HERE, NOT NOW gentlemen. Here YOUR IGNORANCE MEANS THE DEATH OF OUR NATION!

Another month closer to the presidential election, and the circus continues.

If we can set aside the media bias, the ever-increasing proof of lies and criminal activity that Hillary Clinton, the State Department, and the Clinton Foundation has been engaged in (and which has been ignored by the DOJ), and the rest of the racial and political issues that continue to surface every day for a minute, and enjoy this jewel.

A few days ago, Bill Weld (former Republican governor of Massachusetts and now Gary Johnson's running mate on the Libertarian ticket) summarized the anti-gun sentiment about as well as any of his peers could have:

“The five-shot rifle, that’s a standard military rifle; the problem is if you attach a clip to it so it can fire more shells and if you remove the pin so that it becomes an automatic weapon, and those are independent criminal offenses,” Weld said. “That is when they become, essentially, a weapon of mass destruction. The problem with handguns probably is even worse than the problem of the AR-15.” 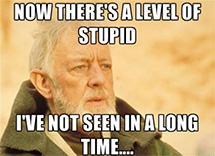 WTF?!?! Once again, the anti-gun "experts" publicly show the world a level of ignorance about a topic they want to pass laws against that is downright embarrassing.

We're not talking about Joe Blow on the street- these are career politicians who are looking to run the country! Weld was a U.S. Attorney for Massachusetts, then headed the Justice Department’s criminal division under the Reagan administration, and later served two terms as governor in Massachusetts! Now he's running for Vice President of the United States.

How is it that these "experts" can come to a conclusion about a topic they know nothing about, and by nothing I mean not enough to put together a sentence, and feel they must force it down the throats of their citizens?

Wouldn't the first thing you do if you wanted to speak about a topic, especially one you know people have such strong feelings about, be to educate yourself as much as possible so you don't sound like a complete moron when you open your mouth?

Not for democrats who pander to people's emotions. The facts don't matter. Common sense doesn't matter. They talk to hear themselves talk and make everyone feel like they're doing something to help the world.

They don't need facts to back up their positions. They don't need tools, or even guns to help the world because in fact they don't ever accomplish anything. They just talk.

It is up to others to do the hard work. To fight the battles that actually make a difference in the world.

And once they do, these politicians sit back and take the credit while criticizing the manner in which the job was done.

So how is anyone supposed to take anything else Weld says seriously after showing such ignorance? You can't. Ignorance is easily written off and he will not be taken seriously. That's fine.

I'm confident the FBI investigations into the Clinton Foundation will turn up a mountain of evidence of criminal activity like we've never seen before in our history.

The question is what will happen when it does? Will the DOJ ignore it? Will the Obama administration wipe the slate clean, or will justice finally prevail?

A chief aim of the Constitution as drafted by the Constitutional Convention was to create a government with enough power to act on a national level, but without so much power that fundamental rights would be at risk. It is quite obvious that limit has been overstepped, and electing Hillary would essentially re-create the same greedy, selfish, tyrannical government that the King of England and Parliament had back in the 18th century. Then she could begin dismantling the Constitution piece by piece.

I hope the FBI does their job, and that the DOJ does theirs. I hope that the evidence that was purposely deleted from the private email server makes its way to the American people, and that the establishment and its corrupt politics are eliminated. I still have hope that all is not lost in our federal government, but I have no confidence."

It is terrifying that these Libertarians want to pass restrictive gun laws to abolish the 2nd amendment and confiscate ALL weapons from civilian control. And the Hillary's Socialist Democrats are just more NWO talking-heads spewing the same mindless, fictional and treasonous 2a rhetoric.

ARE YOU READY TO RUMBLE? 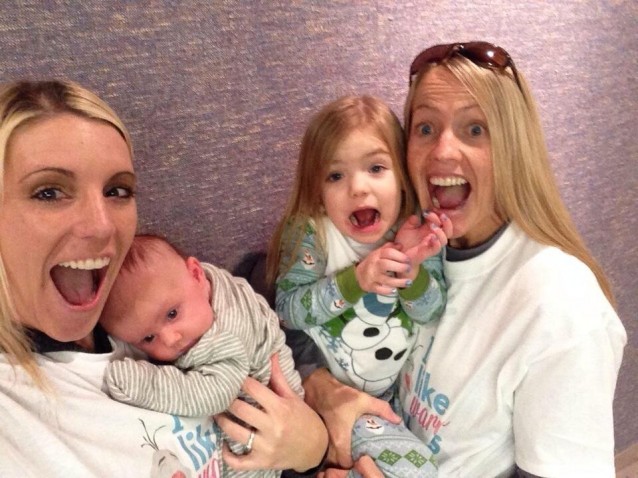 Same-Sex couples can no longer do the happy wedded bliss dance in Utah due to a temporary halt of marriage licenses to gay couples due to the U.S. Supreme Court, reported CNN. This ruling allows Utah state officials to uphold their state ban on gay marriages while the federal court judge’s decision is appealed.

For many Utah residents who voted in favor of traditional biblical marriage principles which support marriage between a man and a woman, Federal Court District Judge Robert Shelby ‘s decision last month was a blow. The judge decided that the state same-sex marriage ban was somehow unconstitutional when it forbid lesbians and gays from being legally married.

The federal judge relied upon the “Equal Protection and Due Process” safeguard of the U.S. Constitution to decide that gay couples were being deprived of their rights due to the Utah state ban. The 2004 ban had been supported and approved by Utah voters which coincide with the general principled beliefs of the state’s residents.

Subject: 9/9/9 taxes as proposed by Cain

Conclusion;  Cain's 9/9/9 taxes still leaves an even larger deficit.  However, this is assuming everything stays the same and my belief is that it won't. Read on please.

Cain will need to cut expenses, but not by $1.4 trillion

Because the tax burden shifts from production to consumption, corporations, small businesses and enterpeneurs will hire more.

Let's assume a 20% increase in corporate profits due to increase in business and increased demand by lower personal income taxes:

Unemployment drops to 4 % as businesses need to hire more to keep up with production due to increased demand. This drop in unemployment from 9.1% current to 4% represents an additional 7.8 million  more people working and paying taxes.  With an average USA salary of $48,000 this 7.8 million additional workers now represent  an additional $374 billion of taxes.

Gary Johnson promises a balanced budget in 2013. He proposes a 43% redution in expenses and replacing the corporate and income taxes with a national sales tax. In my opinion, this is the economic equivalent of shock and awe.  It shifts 100% of taxes from production to consumption.  Result: We make more, save more and pay off debt. It will shock and awe both the world and ourselves, but an economic shock and awe is what we need.  We fear China, not for its military might, but for its economic standing.  They hold us hostage, not by missiles, but by holding our credit card.  This bold move will set America as the unequivocal world superpower for the next 50 years and give americans a standard of living not seen since post WW2 when America represented 50% of the world's GDP.  We are currently 25%.

I hope this sheds light on why republicans and libertarians want to balance the budget not by increasing taxes but by increasing the number pf people that pay taxes. Taxes are lower and more revenues come in.

He will need to cut expenses, but not by $1.4 trillion